The OSS and the Search for Looted Art

The spread of Fascism and the fear of Communism coupled with the threat of war in Europe, prompted President Franklin D. Roosevelt to appoint William J. Donovan as Coordinator of Information (COI) in July 1941. The COI was a new civilian office, based out of the White House, whose purpose was to coordinate the traditionally bifurcated area of intelligence.  Prior to the Second World War, intelligence was deemed to be a function of foreign policy; therefore diplomats and the armed forces were the primary gathers of information.

The COI changed the playing field of intelligence and was the first peacetime intelligence organization. It was tasked with collecting and analyzing information relevant to the national security of the country. One of the first acts by Donovan was to create the Research and Analysis (R&A) Branch. Partnering with the Library of Congress, Donovan believed that a plethora of useful intelligence lay scattered within the documents and memoranda of the US government, and what was needed to make the data useful was an office to gather and review the information.

The COI submitted its first report to the President in the fall of 1941.  After the attack on Pearl Harbor in December 1941, R&A quickly became a critical tool of the war. The COI staff was mainly comprised of well-traveled individuals with an interest in world affairs who frequently emanated from prominent universities, businesses, and law firms; William L. Langer, professor of history on leave from Harvard, was deputy chief of the COI and sat at the head of R&A. 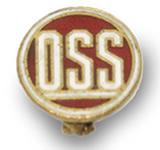 Eleven months after it was established by Executive Order 69 dated June 13, 1942, the COI was transferred to the jurisdiction of the US Joint Chiefs of Staff and was thereinafter known as the Office of Strategic Services (OSS). William Donovan was retained as head of the new OSS. The duties of the OSS remained fundamentally the same except that it existed to benefit the Joint Chiefs rather than the President, and it could be called upon to undertake any special assignments as directed by the Joint Chiefs.

Having recruited heavily from East coast universities, the OSS employed many academics from Harvard, including those who had participated in the American Defense, Harvard Group. One of the many reports that R&A generated for the Roberts Commission in October 1943 was on the looting and damaging of artworks in Europe. The usefulness of the report prompted the Roberts Commission to request a special intelligence unit within the OSS to assist the Commission and MFA&A identify and recover looted cultural objects.

On November 21, 1944, Donovan created the Art Looting Investigation Unit (ALIU) within the OSS. The mission of the ALIU was to collect information on the looting, confiscation and transfer of cultural objects by Axis powers and their cohorts and on the individuals and organizations involved. The ALIU was also to assist with the prosecution of war criminals and the restitution of property. It operated under the auspices of the OSS X-2 (counter intelligence) offices in London, and at one point it was considered as a cover for X-2 operations.

Though small, with only 10 members, by V-E Day the ALIU had compiled information on over 2,000 individuals believed to have participated in art looting. A more specialized list of individuals known to have engaged in art looting was circulated; these individuals were to be captured and interrogated.  Between 1945 and 1946, in coordination with the Army's Judge Advocate's Office, the ALIU established an interrogation center in Bad Aussee, Austria where the ALIU interviewed most of the operatives who carried out the Nazis' policies. Subsequently the unit issued a series of reports.

The first reports to be published were the Details Interrogation Reports (DIRs), which focused individuals who played pivotal roles in German spoliation. Ultimately, the ALIU issued 12 DIRs. Information contained in the DIRs was then further analyzed in three Consolidated Interrogations Reports (CIRs). In 1947, before disbanding, the ALIU issued a final report that contained a biographical index of individuals involved with art looting as well as a number of recommendations.

The following reports are in PDF format.

The following reports are in PDF format.